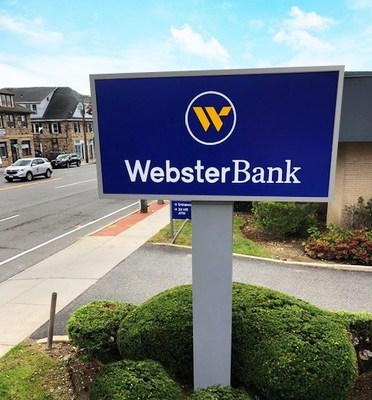 STAMFORD — The parent company of Webster Bank, which recently completed its merger with Sterling National Bank, announced on Wednesday an agreement to acquire Bend Financial, a cloud-based provider of health savings accounts.

Boston-based Bend will continue to operate and serve its customers as it does today, pursuant to the agreement. Over time, Bend’s “personalized and connected user experience” will extend to the HSA Bank division of Stamford-headquartered Webster, one of the world’s largest employee benefits solutions providers. country, Webster officials said in their announcement.

“Our goal is to make health savings simple and make it easy for everyone to manage their long-term financial well-being,” Bend CEO and Chairman Tom Torre said in a statement. “We are delighted that this transaction allows us to extend this mission.”

HSA Bank has around 3 million members nationwide. As of December 31, 2021, it had $11.1 billion in “total thresholds,” comprising $7.4 billion in deposit balances and $3.7 billion in assets under administration through linked investment accounts.

In response to a query from Hearst Connecticut Media about how many Bend employees would join Webster and whether the acquisition would result in any layoffs, Webster said in a statement that “the acquisition retains the expertise of the Bend team of more than 30 people, including developers who will extend our internal capabilities related to creating, delivering and owning cutting-edge user experiences that can benefit our customers.

About two weeks ago, parent companies in Webster and Pearl River, New York, Sterling National completed a roughly $10 billion merger that created one of the Northeast’s largest commercial banks. .

The combined company held approximately $65 billion in assets, $44 billion in loans and $53 billion in deposits, based on balances as of December 31, 2021.

Following the merger, Webster moved its headquarters from Waterbury to Stamford. In documents filed with the Securities and Exchange Commission, Webster lists the downtown Stamford building at 200 Elm St. as the address of its “principal executive offices.”

While the new headquarters are in Stamford, Webster officials said Waterbury and Pearl River, which is in New York’s Rockland County, will be part of a “multi-campus presence.”