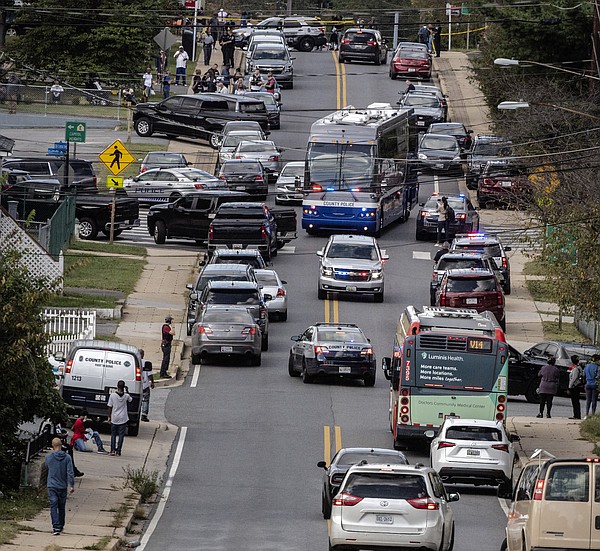 Damaged US submarine arrives in Guam

Damaged US submarine arrives in Guam

WASHINGTON – A US Navy nuclear-powered submarine that was damaged in a collision with an unknown underwater object in the South China Sea last weekend has arrived at the port of Guam, announced Friday the navy.

No further details on the circumstances of the collision or the extent of damage to the USS Connecticut were available, but the Chinese Foreign Ministry has expressed “serious concern” over what happened. China claims full sovereignty over the South China Sea, a position that is not accepted by the United States and its allies.

“As a party involved, the United States should clarify the accident situation in detail, including the location, the intent of navigation, the details of the accident, such as what it is exactly with. collided, whether it caused a nuclear leak, and whether it damaged the local marine environment, “Foreign Ministry spokesman Zhao Lijian said on Friday.

When revealing the October 2 crash on Thursday, the U.S. Pacific Fleet said there had been no damage to the submarine’s nuclear propulsion system and had yet to determine what that he had hit. He did not say where the collision occurred, but other officials said it occurred in the South China Sea.

At least 11 crew members sustained injuries that the Navy said ranged from moderate to minor, including scrapes and bruises.

The Connecticut, based in Bremerton, Wash., Is one of three Seawolf-class attack submarines in the Navy fleet. Each is operated with a crew of around 140 people.

2 people die in shooting at a retirement home

CAPITOL HEIGHTS, Maryland – Two staff members were shot and killed Friday at a Maryland senior apartment complex just outside Washington, DC, and a suspect has been arrested, police said.

The shooting took place shortly after 9 a.m. at Gateway Village in Capitol Heights, Prince George County and Capitol Heights police said. Both victims were female, one found in a hallway and the other in an office, they said.

A resident who identified himself only as Donald said the gunman was his friend and lived in the complex. He said the man was fed up with the way the residents were treated.

“He said, ‘Don, nobody stands up for these old people. I can’t take it anymore. I have to do something.’ And obviously what he chose to do was wrong, but he did something, “the resident told reporters.

Gateway Village is managed by National Church Residences, which describes itself as “the largest provider of affordable housing and services for seniors in the country”.

WASHINGTON – President Joe Biden issued the first-ever presidential proclamation of Indigenous Peoples Day on Friday, providing the most significant impetus to date in efforts to refocus the federal holiday celebrating Christopher Columbus towards an appreciation of Indigenous peoples.

The day will be celebrated on Monday, along with Columbus Day, which is established by Congress.

In a separate Columbus Day proclamation, Biden praised the role of Italian Americans in American society, but also referred to the violence and damage that Columbus and other explorers of the day wrought on the Americas. .

“It is a measure of our greatness as a nation that we do not seek to bury these shameful episodes from our past – that we face them honestly, that we bring them to light and do all we can to remedy them.” , Biden wrote.

LOS ANGELES – Los Angeles County Sheriff Alex Villanueva has said he will not enforce the county’s vaccine mandate in his agency.

Villanueva, who oversees the county’s largest sheriff’s office with around 18,000 employees, told a Facebook Live event on Thursday that he did not plan to fulfill the mandate requiring Los Angeles County employees to be fully immunized. by October 1.

The warrant, issued by decree in August, only allows religious and medical exemptions. Villanueva said his employees were prepared to be made redundant rather than getting the shot.

â€œI don’t want to be able to lose 5.10% of my workforce overnight on a vaccination warrant,â€ the sheriff said.

More than 26,000 people have died from the coronavirus in Los Angeles County, which is the most populous county in the country.

Villanueva’s announcement came after the city of Los Angeles approved one of the country’s toughest vaccination mandates – requiring injections for everyone who enters bars, restaurants, nail salons, gyms or even a Lakers game.