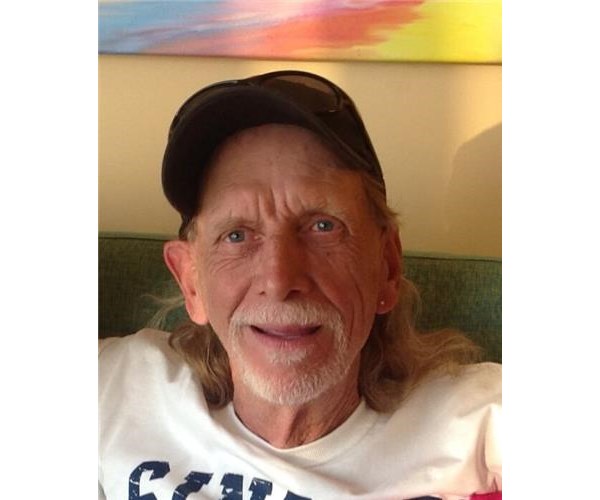 Delbert Allen Duchesne (Del), passed away suddenly on Thursday, June 3, 2021, at the age of 71. He had long resided in South Weber, Utah. Born in Winsted, Connecticut to Delbert and Eleanor Duchesne on May 24, 1950, Del grew up in Connecticut until he joined the US Navy after high school, stationed on a ship as a radarman. He had so many interesting and funny stories from those years and his time in different countries. He said they did their best to be there. He was in contact with a few of his shipmates to this day. He has devoted much of his civilian life to working for the Department of Defense at both Moffett Field (CA) and Hill Air Force Base (UT), with his last post as an environmental specialist. An avid musician, Del enjoyed playing the guitar and enjoyed his jam sessions with his friends. When he was younger, his family often sang together and a few songs were recorded. He was an animal lover, often feeding or taking stray animals with his wife, Donna. Del loved cooking for his family, whether it was grilling in the backyard, prime rib with all the trimmings at Christmas, or a casual family dinner. He was a huge fan of the San Francisco 49ers, San Francisco Giants, and Utah Jazz. Del liked to shoot a basket with his kids and the kids in the neighborhood. He coached young people, including his children, for a few years in California. He went to all soccer, basketball, baseball and softball games to support his children. He had excellent relations with the neighbors, lending a hand when needed. His quick wit and great sense of humor were appreciated by all who knew him. He loved the ocean, where, as a child and teenager, he spent most summers vacationing in Misquamicut Beach, RI with his family. He has shared countless stories from those special summers. He has spent many weekends with Donna and the kids in Santa Cruz, whether it’s roller coaster rides on the boardwalk, creating sand formations, or body surfing in Santa Cruz and Sea. Cliff Beach. He loved headlights. So many fond memories from that time and later in life made new memories with her grandchildren at the beach. Carmel is where he and Donna fell in love in 1988. He would make an incredible (hilarious) Clint Eastwood impression every time they walked into Carmel. Del is survived by his wife, Donna; children, Melanie (Guille), Aaron, Rachele (Mike), Tyler (Megan) and Danielle (Jorden); grandchildren, Alexia, Ezeran, Jada, Starr and Brendan; sisters Patricia (Bernie) and Carol; as well as several nieces, nephews and in-laws. Del was predeceased by his parents, Delbert and Eleanor. The family will hold a private memorial and scatter his ashes in the ocean, the place where he felt most at peace.

To plant trees in memory, please visit our Sympathy store.