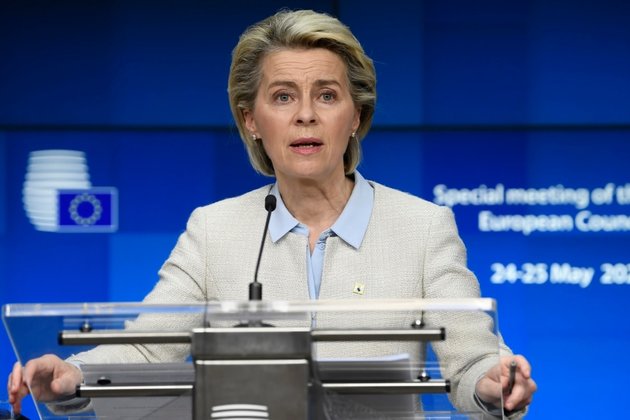 
The European Union aims to provide at least 3 billion euros ($ 3.7 billion) to Belarus once the country embarks on the democratic path with an emphasis on the rule of law and the justice reform, restructuring of public enterprises and infrastructure spending, according to a proposal seen by RFE / RL.

The leaked project – titled Outline of the Proposed Comprehensive Plan for Economic Support to Democratic Belarus – is likely to be presented on May 28 and states that “ once Belarus embarks on the democratic path, the EU will give priority to ensuring to provide longer term support and support to Belarus to help stabilize its economy [and] reform its institutions to make them more democratic and capable of contributing to benefit citizens and society as a whole. “

The plan was first proposed in the fall of 2020 after a controversial presidential election in which authoritarian leader Alyaksandr Lukashenka won a landslide victory and then violently quelled protests across the country.

European Commission President Ursula von der Leyen has vowed to speed up work on the proposal after a Belarusian fighter jet intercepted a Ryanair passenger flight on May 23 and forced it to land in Minsk , where journalist Raman Pratasevich and his girlfriend, Sofia Sapega, of Russian nationality, were abducted from the flight and detained.

Along with the outline, the bloc is also working on more individual sanctions against people and businesses close to the regime, as well as broader sectoral economic sanctions, which could be ready in June.

The plan in the diagram consists of three pillars:

The first focuses on Belarus’ economic recovery, with the document stating that EU macro-financial assistance “will help restore macroeconomic stability and strengthen its precarious fiscal position.” He also says that Brussels will host a high-level investment forum between the EU and Belarus bringing together key European investors and will also organize a high-level meeting of EU donors to mobilize additional EU grants. . The second pillar focuses on restructuring public enterprises such as banks, improving property rights, reforming public administration, and introducing rule of law and judicial reform. The third pillar offers other concrete investments in specific sectors, such as direct support to 20,000 small and medium-sized enterprises, improvement of transport and trade connectivity at the EU-Belarus borders, construction of an IT school in Minsk and spending to strengthen energy efficiency and waste management.

The € 3 billion plan will be discussed by EU member states in the Council in the coming weeks.

Qualified spending is the key to 529 plans