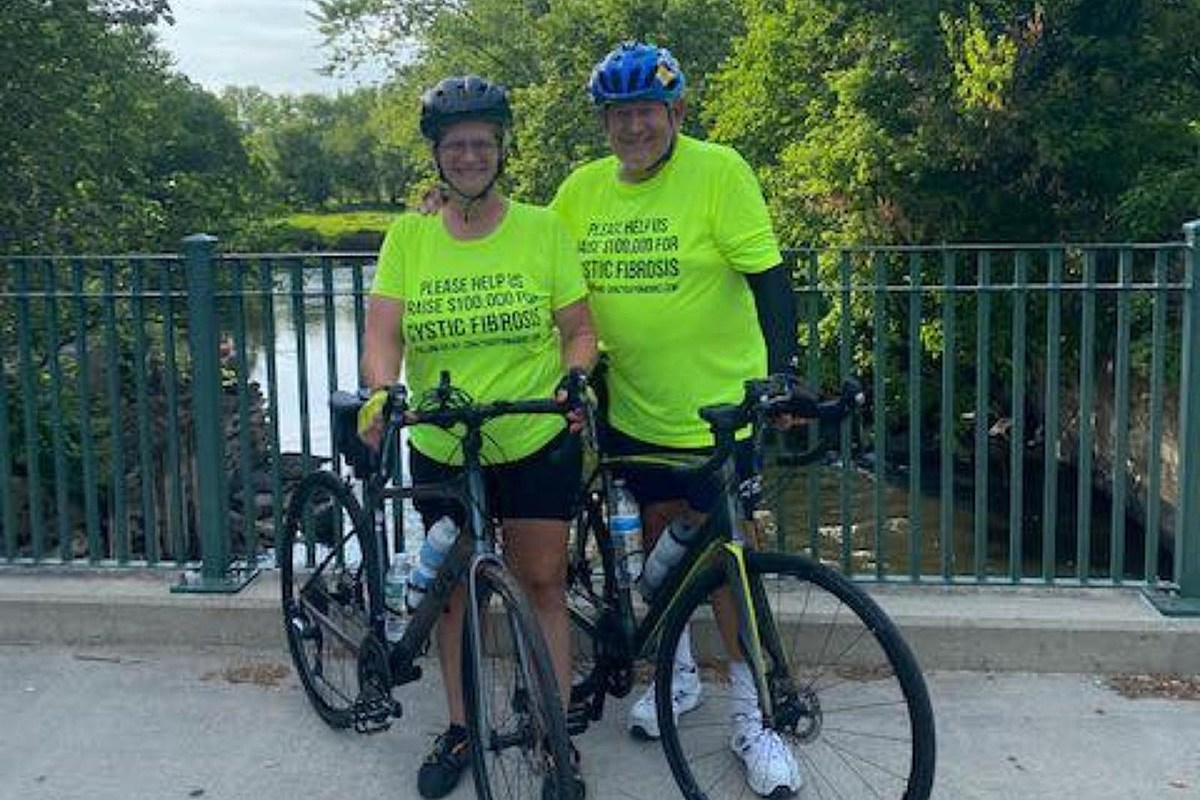 Gary Valerio, Fairhaven High School Class of 1972, cycled from the Pacific Ocean to the Atlantic for a few good reasons, including attending his 50th high school reunion on Friday, June 24. Along the way, he tries to raise $100,000 to help fight cystic fibrosis.

Joined by his fiancee, Darla Donovan, Valerio will feel a lot of emotions after cycling from Long Beach, Calif. to Town Beach on West Fairhaven.

The cross-country bike trip was created in the mind of an adventurous 13-year-old boy from Fairhaven decades ago.

“Then life got in the way,” Valerio said. “Until three years ago when I bought a used bike from the widow of a man who rode that bike from Boston to LA. It instantly reignited my dream. So Darla and I started training us a few years ago.”

Donovan said she was more the support part of her trip, making sure Valerio was well hydrated. Valerio did most of the driving, while Darla drove a vehicle slowly behind him with traffic signs and flashing hazard lights.

While the vast majority of people were considerate and understanding, Donovan said there was a close call when an angry trucker came out of his rig and threatened Valerio for obstructing vehicles on the roadway .

“The hardest parts were the endless hills of Missouri and Connecticut,” Valerio said. “It made the ride very difficult with short, steep hills,” he said.

On Friday, Valerio will drive through the back roads of Dighton, Rehoboth, Freetown, Assonet, Acushnet and on to Fairhaven for a class photo and ceremony at 5 p.m.

“We dipped our rear wheel in the Pacific Ocean, and on Friday we will dip the front wheel in the Atlantic,” Valerio said.

Donations raised through awareness of this bike ride go directly to the Cystic Fibrosis Foundation, in honor of their niece, Libby Montigny of Fairhaven.

WATCH: The quirkiest and most wonderful Route 66 attractions, state by state

Stacker compiled a list of 50 attractions – state by state – to see along the route, drawing on information from historic sites, news reports, Roadside America and the National Park Service. Read on to find out where travelers can get their kicks on Route 66.

People on the Move: June 24