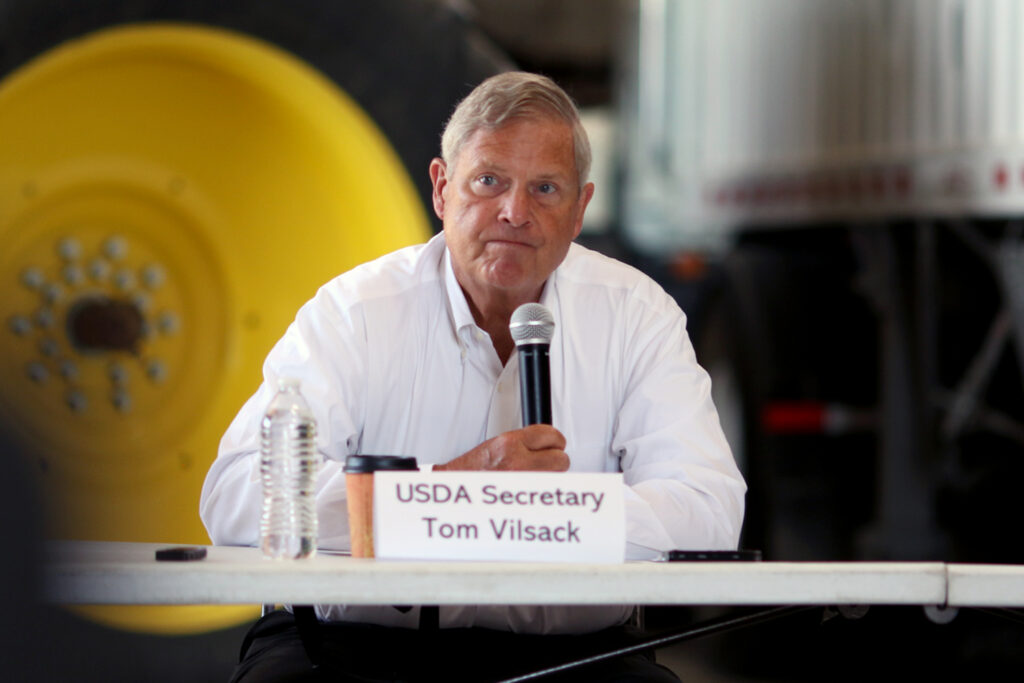 The aid came from a new federal initiative to clear farmers’ defaults on payments to the US Department of Agriculture and private lenders or settle their remaining debts after foreclosure.

Going forward, the USDA is expected to award hundreds of millions of dollars in aid to farmers facing bankruptcy or foreclosure and those at risk of defaulting on their loans.

“The star of the show here is the farmer,” Vilsack told reporters. “The person that really matters is the farmer, and keeping him or her on the land so they can take care of their family and their community.”

The USDA Farm Service Agency lends directly to farmers and guarantees loans from banks, credit unions, and others to farmers for up to 95% of value.

The government’s agricultural loan obligations for its 2022 fiscal year, which ended Sept. 30, totaled about $5.8 billion, according to USDA records. States with the highest obligations included Iowa at about $484 million, Arkansas at $424 million, Oklahoma at $366 million and Nebraska at $341 million.

Among those with delinquent direct loans, the average farmer who has not made regular payments for at least two months received about $52,000 under a more $3 billion through the Inflation Reduction Act. This eliminated their outstanding payments.

For those with government-backed loans from private entities, the average benefit was around $172,000.

The total number of farmers in both categories was around 11,000.

For those with direct loans who went bankrupt and still owed money — about 2,100 borrowers — the average profit was around $101,000. Vilsack said these bankruptcies happened at least a year ago, but did not say how long ago they could have happened.

The debt relief initiative is the subject of a new lawsuit by non-white farmers who claim the government improperly reneged on its plans to write off the loan debts of ‘socially disadvantaged’ farmers, who was part of the 2021 U.S. bailout. This early version of the plan was challenged by lawsuits who claimed it was discriminatory.

The Inflation Reduction Act of 2022 amended the debt relief program to eliminate its prescribed goal of helping Asian, Black, Hispanic and Native American farmers. Vilsack described the farmers who were helped by the modified initiative as those who “couldn’t get credit anywhere else”.

The USDA suspended direct loan foreclosures in January 2021 due to the coronavirus pandemic, which has been particularly difficult for ranchers. Closures of meat packers due to the virus have abruptly stifled demand for animals and led, in some cases, to mass euthanasia. Supply costs for farmers have also soared, especially for fertilizers.

This article first appeared in the Iowa Capital Dispatcha sister site to the Nebraska Examiner in the State Newsroom Network.

“Your people will really give you a lead” – NBC Connecticut