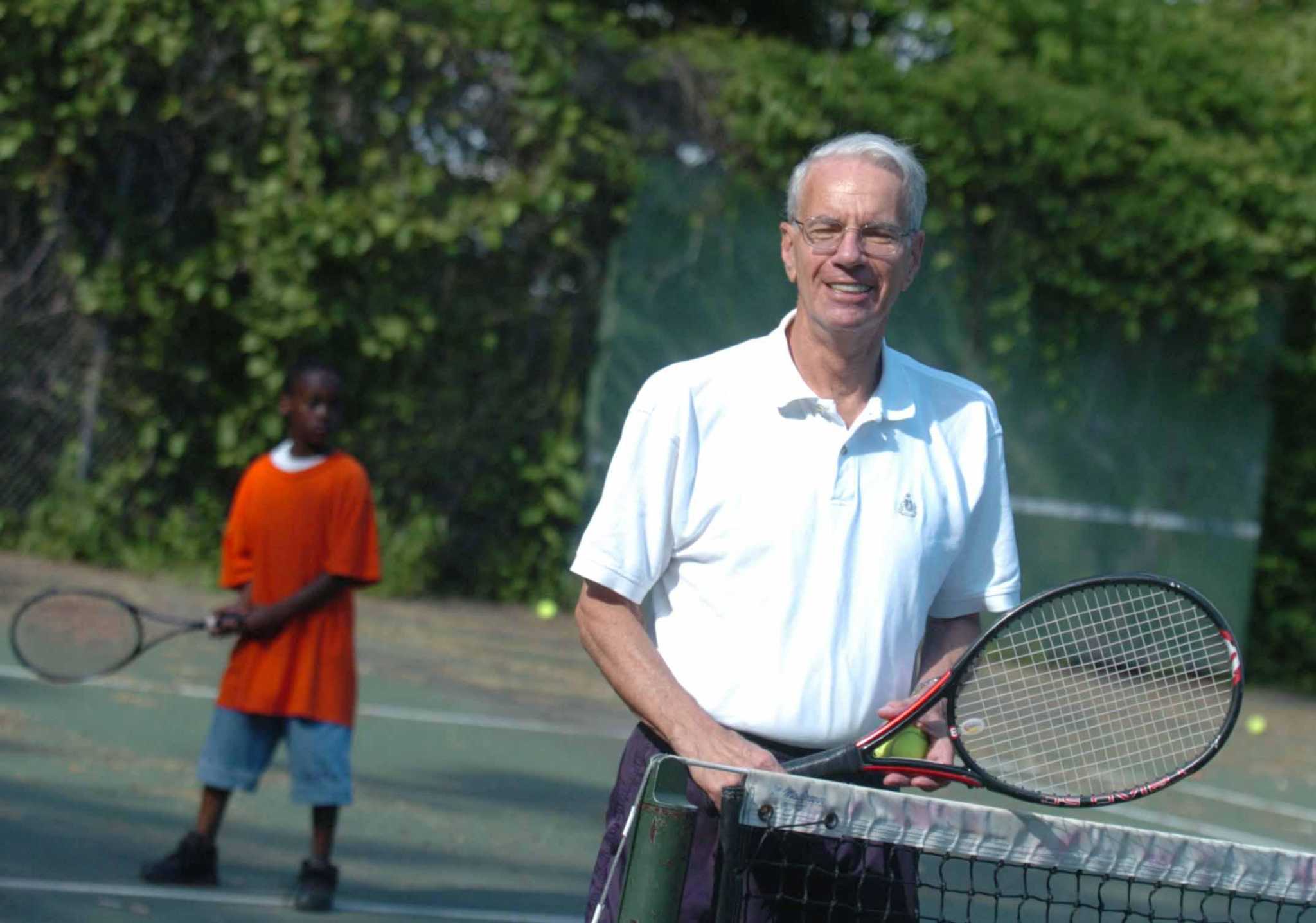 NORWALK – Arthur J. Goldblatt’s passion for tennis began overseas while serving in the Peace Corps. Stationed in Ethiopia from 1964 to 1966, he traded tennis lessons with a man who wanted to learn to speak English.

“That’s when his love and interest in tennis began,” his wife Ann Goldblatt said on Monday.

When Goldblatt returned to the United States, he moved to Norwalk, where he worked as a lawyer for almost 30 years. After his retirement, he combined his love of tennis with his passion for helping those in need and founded Norwalk Grassroots Tennis (known today as Norwalk / Stamford Grassroots Tennis & Education) in 1995.

The nonprofit has introduced thousands of underserved young people in the city to tennis, while providing academic support, building character and teaching them life skills that can be used on and off the court. . The board and staff remain committed to Goldblatt’s legacy of selflessness and helping others after his death on October 2 at the age of 87.

“He wanted children to learn sports, to be more successful in life, to learn life skills and to improve their education. His legacy was to develop a stronger community. It has reached thousands and thousands of young people, ”said David Kimani, Senior Director of Education for Grassroots Tennis & Education. “He was an incredible man. We have lost a great human being and a great individual.

Goldblatt wasn’t sure what he wanted to do with his life after the Peace Corps, so he wrote his good friend Bill Collins in Norwalk for advice, according to Collins. The two met in 1963, “both seeking their fortunes in Washington, without success,” he said. Their paths crossed at a downtown table tennis club.

Collins responded to Goldblatt and told him to come to Norwalk “and there he is.”

When Collins was elected mayor of Norwalk in 1977, he appointed Goldblatt as the town’s legal counsel. He brought a “serious concern” for social values ​​to his work, according to Collins.

“For me, he was a source of social values,” Collins said. “He went a little further than other socially conscious lawyers. He kept me on the right path in terms of social conscience. He created an example of community work that the community appreciated.

Goldblatt’s wife and his two sons, Alan and Ben, remembered him as a very generous and accepting person who always tried to help people.

“He always saw the beauty of the individual. He was an exceptional person and everyone loved him, ”said Goldblatt’s wife.

Norwalk Grassroots Tennis originally started as a six week summer program with 25 to 30 children. It now serves over 250 children, ages 5 to 18, each year “with a relationship-driven approach that brings children and their families together with dedicated volunteers and caring staff,” according to the site. Over 90 percent of children come from low-income households.

“From the mayor to all the staff, whether it’s in Norwalk or Stamford, we all believe in putting our children first in everything we do. When we do this, we know we are training the next community leaders, ”said Kimani, who joined the organization in 2000.

Once the group was well established in Norwalk, Goldblatt began reaching out to other communities for new programs. He started with Stamford and Danbury and in 2019 Norwalk Grassroots Tennis & Education joined the Stamford Youth Tennis Academy. He also supported the Grassroots program in New Haven.

“He inspired us all,” Kimani said. “We hope that the legacy of Art will grow for a long, long time.”