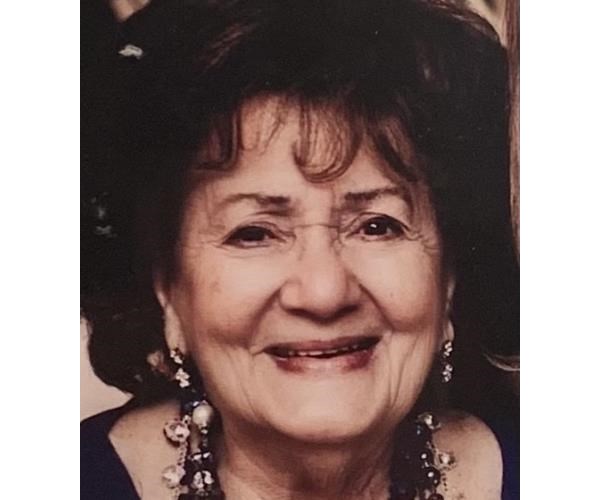 Joséphine (Sendra) Berescik, 98, died on Monday, September 20, 2021, surrounded by her loving family. Josephine was born in New Britain in 1923, grew up in Westchester County, and then returned to Connecticut with her family. She was the devoted wife of New Britain Police Captain George Berescik for 57 years, before her death in 2003. Her parents, Eduardo and Amparo (Pons) Sendra, were from Alicante, Spain, and the owners of the Sendra bakery in New Britain, among other businesses. Josephine graduated from Bassick High School in Bridgeport. She went on to obtain a business certificate in New York, which was unusual at the time for young women, and was fully encouraged by her parents. When she lived in New York City, she enjoyed dancing the jitterbug with her sister Barbara, as well as singing and dressing to perfection. As a director of the Fafnir Bearing Company of New Britain, another achievement at the time, Josephine caught the attention of her future husband, George, who then adored her until the day of his death. Following their marriage and the birth of their daughters, Josephine was elected to the position of Treasurer / Director of the New Britain Municipal Employees Credit Union, located at City Hall. She served in this capacity for 55 years. In her leadership role at the Credit Union, Josephine was responsible for approving all loans and was known for her undying faith in members who sought funds to meet their various needs. She has always been proud of the fact that the New Britain Municipal Employees Credit Union had an excellent reputation for paying off its loans in full. If Josie believed in you, you didn’t want to disappoint her! In 2007, Josephine led a merger with Achieve Financial Credit Union. She then took on the welcoming role to transition her members to their new credit union, and they were always happy to see her. She finally retired at the age of 85, to the delight of her family. Josephine was a member of the Spanish Cultural Club and enjoyed many trips to theater and dining in New York City. Completing her spirit of independence, she is proud of her 1964 Mustang, which she buys to her husband’s surprise. As the matriarch of the family, she used her father’s love for good food and her mother’s cooking skills to make sure her table always had too much food, laughs, and overflowing with love for her. family. She was a dedicated mother, grandmother and, most recently, great grandmother, the glue of her family and the best person to call when she needed a cheerleader, love. or humor. Josephine was predeceased by her husband George. She leaves behind two daughters, Maureen Berescik of Simsbury and Patricia Olesh, currently of New Britain; one sister, Barbara DiGiore of Florida; three grandchildren, Brooke (Margot) of New York, Austin (Joanna) of West Hartford and Caroline of California; a great-grandson, Auguste; nephews Nicholas (Pam) DiGiore, Edward (Nancy) DiGiore, niece Sharon (Jordan) Arbit and other extended family members. Family and friends are invited to meet at St. Francis of Assisi Church, 1755 Stanley Street, New Britain at 10:00 a.m. on Monday, September 27 to celebrate a Christian burial mass. Interment will follow at Saint Mary’s cemetery in New Britain. Friends can call Luddy & Peterson Funeral Home & Crematory, 205 South Main Street, New Britain, Sunday, September 26, 2:00 p.m. to 4:00 p.m. Masks are required for all interior parts of the services.

Black Voices: Black people in America are still disadvantaged in the housing market

Valentine suggests he would ‘get rid of’ Stamford’s affordable…