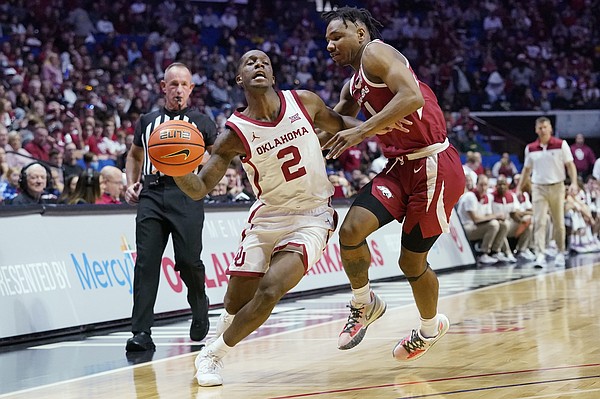 LAWRENCE, Kan. – It took nearly a decade for Kansas and Missouri to renew the border war.

It took the Jayhawks about 10 minutes to rout it to the border.

Ochai Agbaji scored 21 points, Christian Braun and Dajuan Harris each have 13, and the eighth Jayhawks earned a 102-65 victory over the Tigers on Saturday in the first meeting of the longtime rivals of the Big 12 as opponents out of conference.

â€œWas it any different walking there? Absolutely,â€ Kansas coach Bill Self said. “There’s something about Mizzou and a few others in our program, only these guys can bring in the kind of energy that is there today.”

â€œI used to watch this game on TV but never really got it,â€ Pickett said. “I knew it was a big game, but it was just another game for me when I was younger. It was still a great atmosphere. Super strong.”

Hundreds of students representing groups of up to 20 each began camping almost a week before the game, all seeking the best seat for the revival of a rivalry that traces its bitter beginnings to the days before the game. civil war.

But as the era of pro-slavery Missouri raiders arguing with Kansas anti-slavery “Jayhawkers” fades into the history books, the animosity fueled by fans of the Tigers and Jayhawks is still very real – though the two programs hadn’t played for nearly a decade, since Missouri decided to chase soccer riches from the SEC.

His move left the Big 12 on such a volatile basis that Self simply refused to program the Tigers.

However, its stance softened over time and schools held an exhibition in 2017 to raise money for hurricane relief. They then agreed to a six-game streak that was delayed for a year by the pandemic. But it wasn’t until Saturday, with the winter sun shining through Allen Fieldhouse’s skylight windows, that they finally spoke together.

Dozens of former players showed up to watch, giving the game a sense of nostalgia.

“There is a level of unspoken pride. They played in these games, watched other teams play in these games,” Agbaji said. “We didn’t say much to them, but we just gave each other that kind of look, like, ‘Go take care of business.'”

SIOUX FALLS, SD – Ryan Hawkins scored 19 of his season-high 25 points in the first half and Creighton beat BYU.

Creighton (9-2) increased his lead to 20 before the break, helped by four 3 points from Hawkins.

Hawkins finished 10 for 18 on the field, including 4 for 8 of 3, and had eight rebounds for the Bluejays.

Alex Barcello scored 28 points for BYU (8-2), shooting 5 of 7 on 3 points. Gideon George played 20 minutes off the bench and led the Cougars with 11 rebounds.

The Buckeyes (8-2) led the Badgers by 13 points in the second half, running away with the game after leading by five points at halftime.

James made his first start since injuring a finger on his left hand in Game 3 of the season.

Santiago Vescovi scored 10 to help the Volunteers (7-2) clear the memory of Tuesday’s loss to Texas Tech.

The Bonnies have cut the deficit five times on two occasions, most notably in Osun Osunniyi’s layup to bring the score to 64-59 with just under two minutes to go.

Center Walker Kessler and goaltender Zep Jasper each had five interceptions and Auburn scored 30 points on 20 turnovers. Jabari Smith had 21 points to lead the Tigers (8-1).