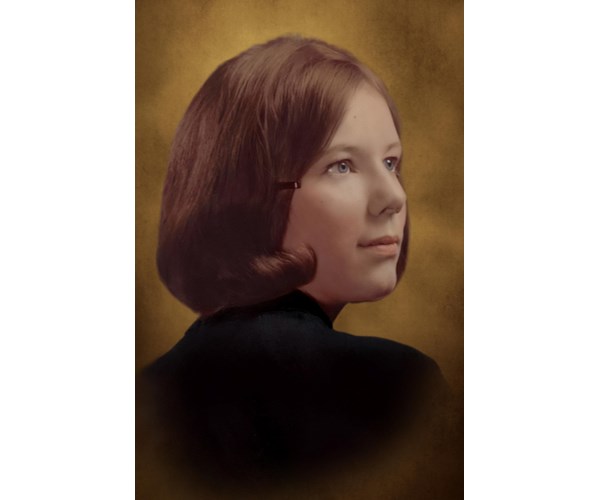 By Nancy P. Nelson Last updated Dec 27, 2021
Share
MaryEllen (Rodican) Andersen, 73, passed away from that life on December 21, 2021 at MidState Medical Center with her family by her side. She was the beloved wife of Robert Andersen, of Wallingford, for 52 years.

MaryEllen was born in Meriden, Connecticut on June 20, 1948 to the late Andrew and Mary (Cusack) Rodican. She attended Holy Trinity School and graduated in 1966 from Lyman Hall High School in Wallingford. Bob and MaryEllen started dating in the summer of 1965 when she was a senior. After graduating, she attended Southern Connecticut State College. Bob enlisted in the US Air Force in 1966 while they were dating; they got engaged in early 1967, just before he was sent to Southeast Asia. They married in February 1969 and moved to Ohio, where Bob was stationed at the time. While in Ohio, MaryEllen continued her education at Ohio State University, returning south to graduate while Bob completed his enlistment. MaryEllen eventually graduated in Teaching Children with Special Needs. While raising their family of four daughters, MaryEllen worked in various banks before becoming a payroll administrator for the city of Cheshire where she remained for 31 years until her retirement. MaryEllen also loved to make quilts and sew and had her favorite shows that she loved to watch. MaryEllen and Bob did all they could together and were and always will be deeply in love. Besides her husband, MaryEllen is survived by her daughters: Kristin Nahs and her husband Alan, Carrie Andersen, Katie Andersen and Courtney Andersen as well as her grandchildren: Nicholas Ruffino, Kiley Nahs, Aidan Nahs and Aislyn Grant. She is also survived by her sisters: Margret Hartman, Cathy Dzinzalet and Patty Bissonnette as well as her many nieces and nephews. MaryEllen’s funeral will be at 11:30 a.m. on Monday, December 27, 2021 at the BC Bailey Funeral Home, 273 S. Elm Street, Wallingford. Interment will follow at St. John’s Cemetery, 400 Christian Street. Parents and friends can attend a pre-service visit to the funeral home from 9:30 am to 11:30 am The Andersen family would like to extend warm thanks to the staff at Midstate Medical Center for the exceptional care they provided to MaryEllen. To leave a remembrance message, please visit www.BaileyCares.com.

Santa visits the Mather property in Darien, and more