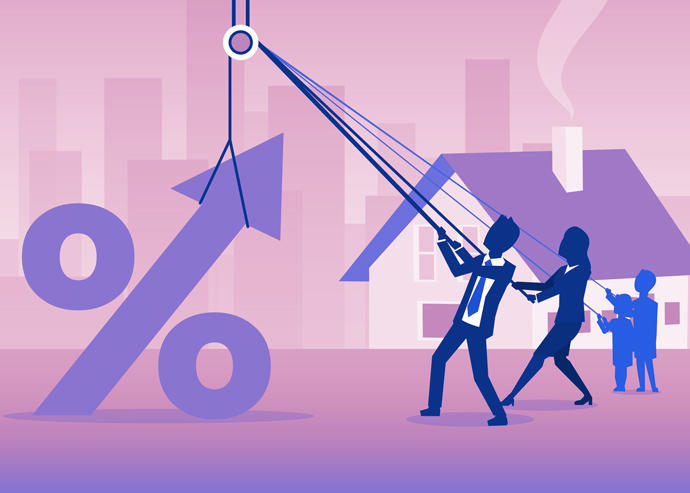 According to the new MBA Purchase Request Payment Index (PAPI), homebuyer affordability declined in March, with the national median payment requested by applicants rising 5% to $1,736 from $1,653 in february.

An increase in the MBA’s PAPI – indicative of declining borrower affordability conditions – means that the mortgage payment-to-income (PIR) ratio is higher due to higher demand loan amounts, higher mortgage rates or a drop in income. A decrease in PAPI occurs when loan application amounts decrease, mortgage rates decrease, or income increases.

“The start of spring homebuying season is off to a mixed start,” said Edward Seiler, associate vice president of MBA housing economics and executive director of the Research Institute for Housing America. country in March, but rapid growth in house prices and a 42 basis point rise in mortgage rates last month dampened buyer demand activity. A typical borrower’s principal and interest payment was $387 more than in March 2021. Rapid price appreciation, skyrocketing inflation, low inventory levels and mortgage rates now two percentage points higher to those of last year are all headwinds for the housing market in the months ahead. – especially for first-time buyers.

MBA’s national mortgage payment to rent ratio (MPRR) rose to 1.38 in March – the highest level since 2010 – from 1.32 in February, 1.22 in January and 1.15 in December 2021 ; which means that mortgage payments for home purchases have increased relative to rents. The national median asking rent in the first quarter of 2022 increased 4% on a quarterly basis to $1,255. The ratio of the 25th percentile mortgage application payment to the median asking rent was 0.90 in March, down from 0.87 in February and 0.74 in December 2021.

To read the full report, including charts and methodology, click here.