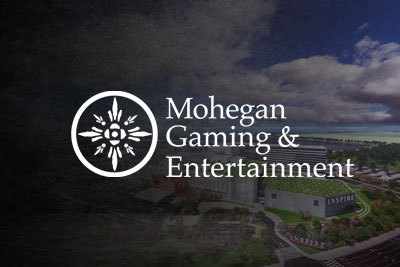 Mohegans have $ 1.55 billion in funding for INSPIRE Entertainment Resort in South Korea

From the Mohegan First Nation reserve in the U.S. state of Connecticut, Mohegan Gaming & Entertainment (MGE) announced Monday that it has completed funding for the $ 1.55 billion first phase of INSPIRE entertainment complex at Incheon International Airport on Yeongjong Island in Incheon, South Korea, near Seoul.

The first phase of the integrated casino complex is expected to open in 2023 with a trio of hotel towers, a casino reserved for foreigners, a 15,000-seat arena, congress and meeting rooms, a water park covered under a transparent dome and a family theme park in the outdoor area.

The Mohegan Tribe “went international” in early 2016 when the concern was chosen over a highly competitive field of dozens of world-class investors and operators to obtain licenses and contracts to build the complex. integrated into the East Asia Travel and Freight Hub which historically records more than one million passenger arrivals and departures each month over more than one 20,000 individual flights.

One and a half billion dollars secured for construction

Inspire Integrated Resort Co. Ltd. is the 100% Korean subsidiary of MGE. The company has now secured and put in place all the necessary funds to complete the construction of the Phase I facilities.

In a written statement, James Gessner Jr., Chairman of the MGE Tribe and Board of Directors, said: â€œWe have a proven track record of developing and operating leading integrated resorts in North America with our successes in Connecticut, Las Vegas and Niagara Falls, and we look forward to taking that success overseas in as the first US IR (Integrated Resort) launched in Korea.“

The financial package reflects the level of commitment of each of the project stakeholders in the property with local investments of around $ 890 million provided by a consortium of financial institutions comprising three major Korean banks; $ 575 million committed by MGE itself consisting of $ 300 million in tribal commercial liquidity as well as $ 275 million raised by private equity firms MBK Partners and Bain Capital from global investors, and finally a completion guarantee as well as ” an investment in the subordinate position of approximately $ 85.5 million by the general contractor of the project, Hanwha Engineering & Construction Corp.

Tourism recovery on the horizon

Bobby Soper, International President of MGE, said: â€œWe anticipate a significant rebound in the tourism and leisure industry from the pandemic, and we look forward to contributing to the Korean economy while opening and operating a state-of-the-art resort.. “

At the end of the project, it should cover over 1,000 acres with interior and exterior spaces. The almost quarter of a million square foot casino floor will only be open to foreign players. They will have access to more than 250 gaming tables between the mass and VIP gaming areas as well as 1,500 slot machines. Retail space, including fine dining and entertainment, will cover nearly 700,000 square feet of the property and the convention center will be located on over 200,000 square feet of indoor space.

The Mohegan Tribe is a sovereign, federally recognized Indian tribe located with a reservation in Southeast Connecticut.

11 episodes to watch for all winter sensations