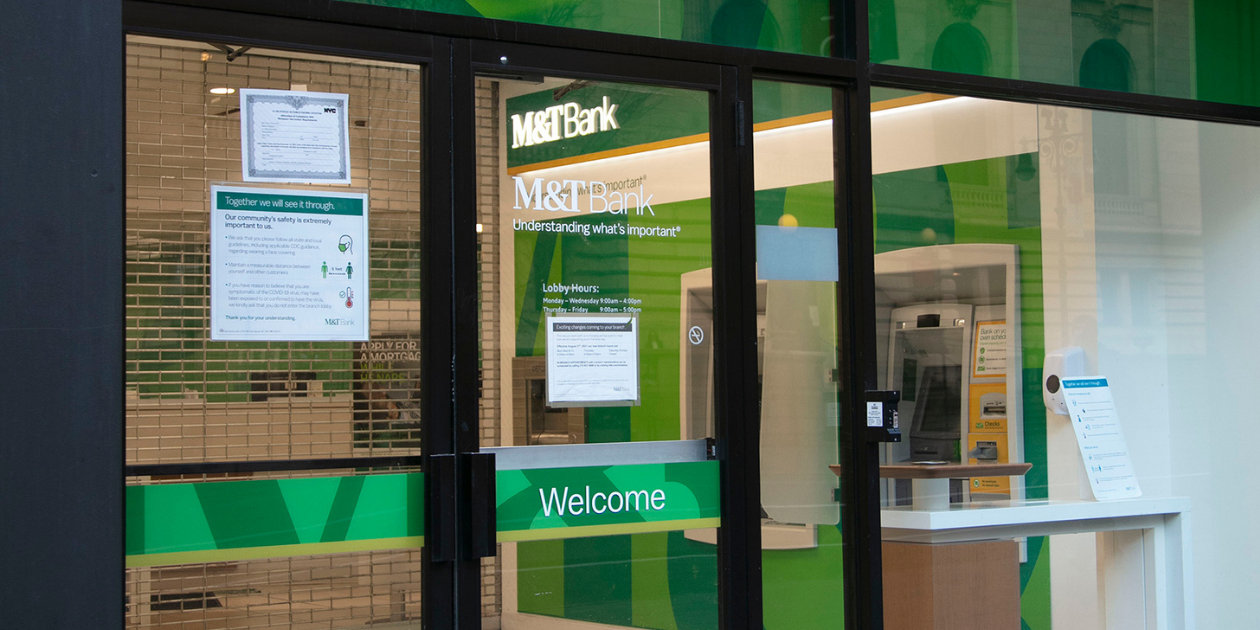 Commercial real estate accounts for 39% of M&T’s total lending, according to Wedbush Securities, well above the 15% average for a regional bank. Although analysts say M&T’s loan-to-value ratios are low, a sign the bank hasn’t taken excessive risks, its non-performing asset ratio of 2.7% was more than double that of its peers. in the third quarter, according to RBC Capital. Fans say the bank will avoid big losses, as it did during the financial crisis.

“I really don’t care about M&T’s credit quality,” Brown said. “They have a culture.”

Buffett, however, moved on. In 2020, he sold all of his M&T shares as well as those of JPMorgan Chase and PNC Bank. He kept his Bank of America shares.

Last year, M&T officials told analysts they were looking to reduce the bank’s exposure to commercial real estate after Fed stress test results suggested “there could be more capital-friendly ways to participate in the CRE sector,” said King, the chief financial officer. conference call in October. He stressed that it would be a “gradual and controlled change” which had been “very dramatized lately, especially by a favorite journalist in New York”. (He was referring to the reporter who wrote this story.)

There are signs that the tough times are over for M&T. After underperforming most bank stocks during the pandemic, its share price jumped 15% this month.

Wedbush analyst Peter Winter said the merger with People’s United could finally get the green light now that Jerome Powell and Lael Brainard seem sure to stay on the Fed’s board. Mergers involving CIT Group and Sterling National Bank were approved last month. Additionally, rising interest rates will make lending more profitable for banks that have maintained credit standards in recent years and avoided defaults.

Ultimately, the fate of what is at the heart of a small town bank going the extra mile for customers depends greatly on what happens in the big city. If New York’s hotel rooms and office buildings fill up again, M&T should be fine. If that doesn’t happen, the bank could become the latest cautionary tale about coming to town and getting lost.

“Boredom is not a bad thing in banking,” said RBC analyst Cassidy. “Wild and crazy bankers always end up at the bottom of the heap.”