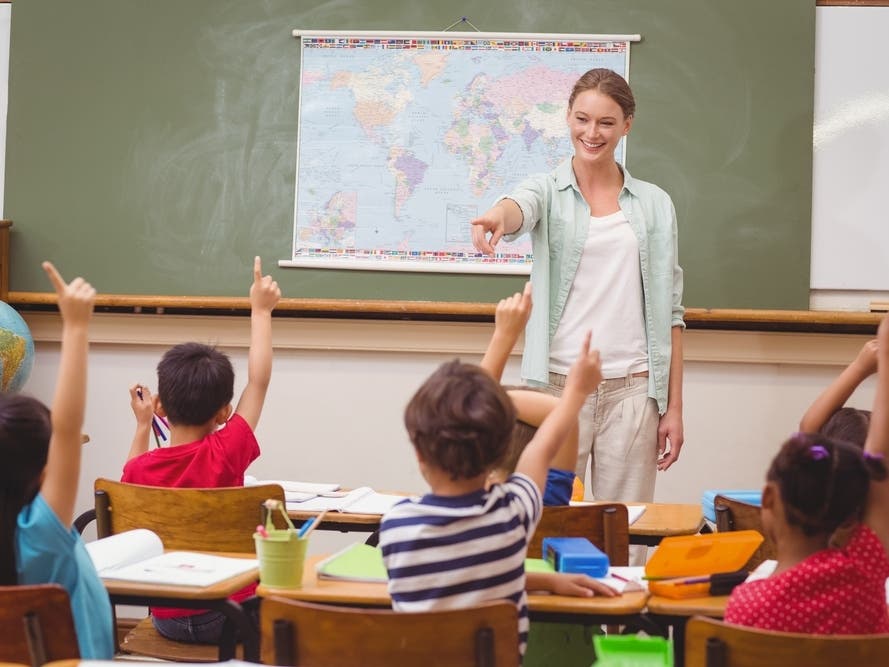 Dozens of these uncertified teachers are currently striving to earn their master’s and/or teaching certification within the next year through the district’s new certification partnerships.

Superintendent Iline Tracey welcomed hundreds of New Haveners to the fair, reminding them of the district’s vision to “make New Haven Public Schools one of the best districts in the nation” by providing opportunities for students.

Currently, the district has 4,000 employees and has vacant classrooms in its 40 schools, reflecting a nationwide labor shortage.

Event organizers Kanicka Ingram-Mann and Lisa Mack of the district’s human resources and labor relations departments organized the fair to let New Haveners know that NHPS is an “employer of choice.”

In addition to participating in several other career fairs around the state, the district’s recruitment efforts also include providing current paraprofessionals and uncertified educators with opportunities to earn their master’s and certification. The programs were funded by the district’s pandemic relief funds. The district partners with Quinnipiac University, SCSU, and the Relay Graduate School of Education, to offer certification programs for current staff and those wishing to join the teaching profession and provide scholarship opportunities.

District departments like Office of Youth, Family and Community, Office of Early Childhood and Office of Special Education also set up booths at the fair to advertise vacancies for speech therapists, counsellors, behavioral specialists and truancy officers.

Gemma Joseph Lumpkin, Youth, Family and Community Engagement Leader, joined the fair to also show prospective educators for the future that the district has supports in place for its educators with student families and after-school programs.

Next June, a cohort of 40 uncertified staff members will graduate from SCSU’s Master of Arts in Teaching (MAT) program.

Mike Nice, originally from New Haven, has been a substitute teacher for five years. He is now looking to get his teacher certification to become an educator and eventually a college professor.

He attended the fair Thursday to find a small school where he could fit in and learn about an accelerated certification program offered by the district.

“I still have loans to pay off. I need a cheap or free program,” he said.

He previously worked at Cooperative Arts and Humanities High School as an uncertified television production teacher.

Nice has already obtained his master’s degree at the University of the Sacred Heart.

“I would love to be an assistant teacher, but if I have to go to high school first, I will,” he said.

After walking around the fair, Nice said he was interested in teaching at a small high school like Co-op or High School in the Community (HSC).

“I went to Hyde, so I really prefer the smaller environments,” he said.

Other visitors like Loreen Lawrence said she visited the Thursday fair to finally get in touch with NHPS directors after trying to reach them through calls and emails.

Lawrence spoke with school administrators about introducing a youth program for teens on substance abuse and substance abuse run by the Community Placemaking Engagement Network (CPEN).

“Our teenagers need to know how to help themselves and others,” Lawrence said.

Ahmad Ward, first grade teacher at Augusta Lewis Troup School (pictured), attended the fair with his fiancée, who is considering a career change Ward recently received his Duration Shortage Area Permit (DSAP). He has been teaching at Troup for a year as part of a SCSU certification program which he will graduate in December.

Ward, a New Haven native, enjoys teaching and giving back to his community, he said. “In the classroom, I can connect with students on a personal level and really make a difference.”

Ward said he hopes to stay at Troup for years through the students and mentorship he receives from Principal Eugene Foreman. “I plan to be sentenced to life,” he said.

“Men of color are needed and wanted in any public school system,” he said.

Latoya Smith has been a Head Start pre-K teacher for 14 years. She has been teaching John Martinez for four years.

She attended the fair to see which schools had openings for first- and second-grade teachers, who she hopes to become after completing her SCSU certification program in May.

She hopes to move into first or second grade to help students who have faced learning loss at critical ages and who have not been in class learn interpersonal skills in the wake of the pandemic.

“It’s my calling and my job is to teach these children the joy of learning,” she said.

Smith recalls her fourth grade teacher instilling a love of learning and reading in her as a child. One of his favorite books to date is James and the giant peach.

Two years ago, Morgan Brown (pictured) was a law student at Quinnipiac University seeking work-study work. She accepted the first offer, as a fourth grade teacher for NHPS.

Shortly after getting the job, she decided that teaching was her passion. She dropped out of law school to get her elementary education certificate.

“I never thought I’d be here, but I love being in class and seeing the kids having that light bulb moment,” she said.

At the fair on Thursday, she sought her first formal job in the classroom as she nears graduating with a master’s degree in two weeks. Currently, she is a school building intern in Branford and Hamden.

Melody Ramos and Tarin Evans of Elm City Communities attended the fair looking for interested educators for its teacher-in-residence program. The program provides an NHPS educator with free housing in McConaughy Terrace in exchange for a neighborhood-specific after-school program and community involvement.