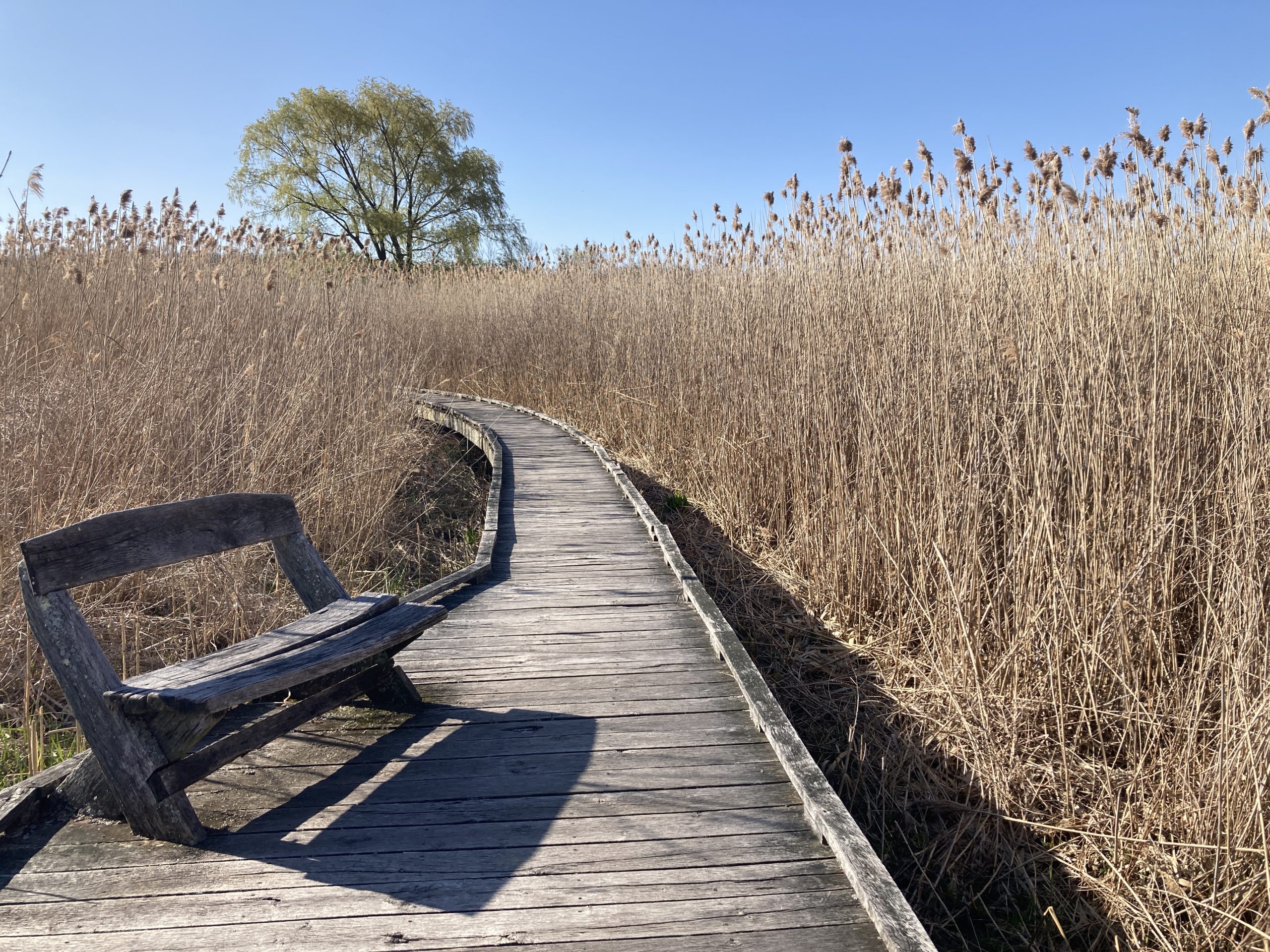 Somewhere along the way, I had the idea that Connecticut was going to be an easy state. I don’t know where these preconceptions come from, but I think I learned enough after today to be sure that there are no “easy” states on the AT. Let some be hearsay from unreliable hikers, and as Crunchberry would say, “you can’t trust hikers”. I can’t even trust myself, it seems. Turns out the trail in Connecticut is at least as hard as spelling Connecticut. However, as you can probably guess, it was magnificent. And, like New York before it, the character of the trail changed once I entered the state. Who knows, maybe it’s just my humanity trying to make sense of a chaotic world. Anyway, I’m happy to be where I am. New York was great, and now it’s time to see what I’ll see in New England.

Swamp River picked up more than its fair share of cold air last night, putting my new sleeping gear through its paces. It was 25F when I woke up to birdsong and the horizon lighting up. The unused tail of my duvet was a cooler when I unrolled and stretched my full length, but I had been through the night, not warm, but just warm enough. And when the sun reached the crest of the eastern hill, I warmed up quickly. By the time I started the hike I was practically sweating.

The trail started off fairly easy, crossing the Swamp River marsh on an elevated boardwalk, then through a mile of wide pasture. First the tall bulrushes dipped and swayed in the gusts of wind, then the long green grass that hadn’t been cut by the munching cattle waved silver as it was flattened and disheveled. My windmill was spinning enthusiastically and I was absorbing as much free energy as I could.

Back in the forest, the trail twisted and turned as it made its way through a muddy hill that was about to burst with lush vegetation. I guessed that within a week the vines and brambles would grip the legs and shoulders of passing hikers. I already needed to clear out some of the more enthusiastic greenery, using my hiking poles to hold them down before letting them bounce onto the trail behind me.

On top of that, the next climb, things opened up to look like the same New York I saw yesterday. Little buds shone like Christmas lights atop the towering oaks and beeches in the bright sunshine, and I wandered around them on a smooth path. More crumbling stone walls reminded me that as tall and old as these trees and forest seemed to me, they were actually quite young and shaped by human touch. Regardless, big oaks are still big oaks and are something special.

Soon I reached a long causeway walk around a section of trail that had lost a bridge a few years earlier. I was sure I didn’t need a bridge to cross what needed to be crossed, but following the route through the New York countryside was appealing. It was nice to repeat my balance calculator and enjoy the beautiful morning as I cruised down an empty country road. Spring flowers were exploding on the neighborhood trees, white, pink and yellow. The quaint homes were straight out of a picture book.

When I returned to the trail, I almost immediately encountered a sign welcoming me to Connecticut, the “Gateway to New England.” It was the first of three crossings of this type within a few kilometers, and it was the best of them. Thinking I had already been to New England, I crossed the invisible border, leaving New York behind, though I was still immersing myself there minutes later that day. NY had been good to me, and I thanked him for all the fun times.

Went up in a gusty wind then back down to Tenmile River. He rushed with a rush never before seen from a major waterway on this trail. It was wild and untamed. I could smell the bubbling water, fresh and organic. Then, after walking along its banks for a mile, I ran into the even larger Housatonic River. I crossed a long walkway where the two collided. The Whitecaps ruffled the deep sapphire surface as the currents joined forces in an uneasy, forced dance. Further upstream, the Housatonic raged through a narrow gorge. Huge standing waves of white water spat clouds of mist and roared like a jet engine. Where did this savagery come from? Within minutes, I had been transported from Appalachia to the wild depths of the Montana backcountry. Pine needles underfoot, terrifying power to my right, Luna bar in hand. It was a different world, and I felt a tingle of unease. The force of nature, right here in front of me, possessed such raw and untamed power. I could only gape, feeling him pull me in and push me away at the same time. Favorite time of day, for sure.

The steep, long, hot climb, wait for it, Schaghticoke Mountain left me dehydrated and hungry. I took care of my needs as best I could during a late lunch break which included all the delicious things in my bag. Perched on the rocky lookout, I could see many houses emerging from the forest. They shattered the “Wild Montana” mirage, bringing me back to the populated east.

With SpiceRack parked and waiting 12 miles ahead, I pushed hard after putting on a pair of not-so-fresh, cool socks. Just in time, Connecticut made it tough with short bursts of mixed rocks and an endless roller coaster. I sweated hard and jumped a few more water springs than I should have but still managed to put in a decent time. The forest was beautiful in the light filtered through the trees and I tried to enjoy it as much as possible between scorching gusts of ascents and knee-twisting drops.

I drank and filtered enough water for the rest of the evening at Thayer Brook, then fueled the second to last hill of the day. As someone trying to capture and convey the experience of the trail in my words, I thought about what it would be like to make a POV video of an entire day of hiking. No cuts, no acceleration. Only 10 hours of mostly unseen hiking. Would anyone watch this? I thought it would do a better job than my writing of bringing the trail to life, demystifying and deglamorizing. From then on I noticed all my grunts, gasps, farts and burps more like someone was watching.

The finale was suitably brutal. The descent in particular was about as vertical as I wanted it to be and took a lot of time, one slow, crisp plunk at the same time. I used my hands and hit my knee, but made it to the bottom safe and sound. As I was walking along a dirt road, SpiceRack and Tango appeared over a rise. We hugged and then they escorted me the last half mile to our riverside abode. I dove into the icy Housatonic, wishing I had gotten there a few hours closer to the heat of the day, then slipped into my comfortable loungewear and grabbed the cup of hot tea Spice handed me. . With a fresh macaroni salad to tide me over until the lasagna came out of the oven, I felt great. Connecticut certainly kicked my ass, but it was more than worth it. Good company and delicious food was one thing, but the wild power of New England was starting to seep into my sunscreen-clogged pores. I started thinking about the north, the wilderness of Vermont, New Hampshire and Maine. While they had seemed safely away from New York, they suddenly felt like something that should worry and excite me. Could I really be a week or two away from Los Blancos? sip.

This article was originally published on my hikefordays.com blog. Check it out for trip reports from my other hikes including CDT and Sierra High Route.

This website contains affiliate links, which means The Trek may receive a percentage of any product or service you purchase using the links in articles or advertisements. The buyer pays the same price as they would otherwise, and your purchase helps support The Trek’s ongoing goal of providing you with quality hiking advice and information. Thanks for your help!

To learn more, please visit the About This Site page.