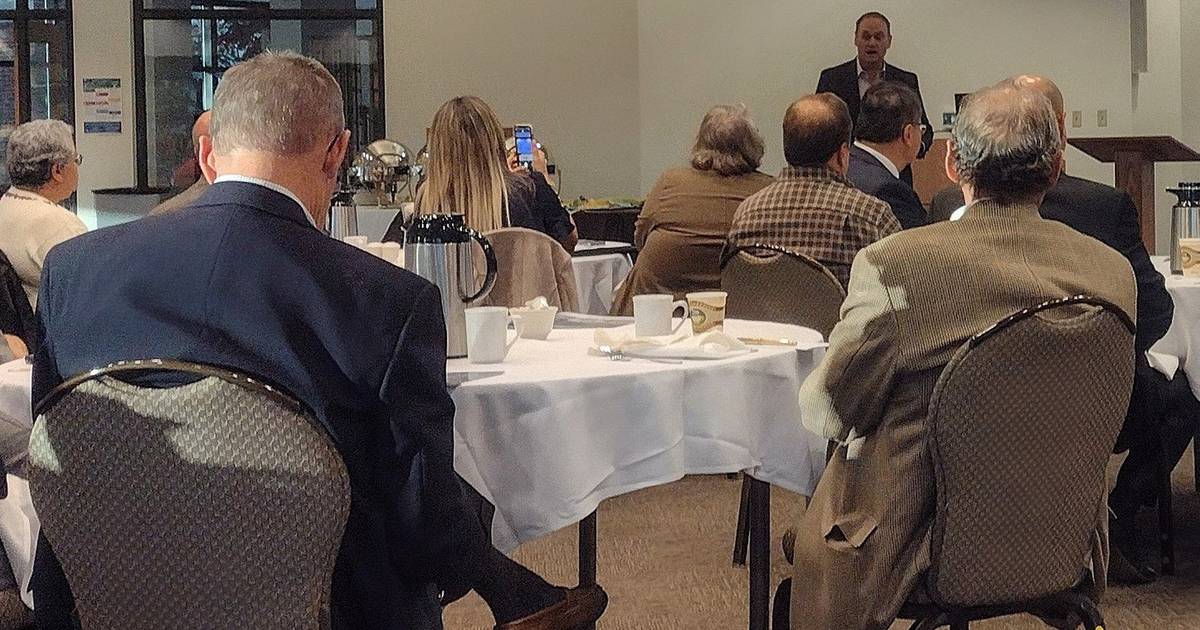 A recession is likely to occur within the next six months and will last for six to eight months, members of the Elgin Area Chamber of Commerce said during the organization’s annual economic forecast for the year to come.

“The economy is going to slow down and there will be a shallow recession,” said Jason Turner, chief investment strategist and head of multi-asset strategy for Great Lakes Advisors, a Wintrust wealth management firm.

There are a myriad of factors at play in the current economic situation, including the Federal Reserve trying to rein in inflation by raising interest rates, Turner said last week at Elgin Community College. The Fed has raised interest rates five times since March and is expected to do so again this month.

Asked by Elgin Chamber President and CEO Carol Gieske what Turner would like to hear from Fed officials at their next meeting, he said he would like them to recognize that another hike was not necessary.

“I would like them to recognize the economic impact their policies are already producing,” Turner said.

It predicts the economy will begin to slow in the fourth quarter, which means authorities can begin to reduce pressure on interest rates, he said.

Because of the way the data is collected, any decline in the housing-related consumer price index — which is about a third of the CPI — is unlikely to show up until March or April, Turner said. . The category includes rents paid plus the estimated cost that landlords would pay if they rented out their properties.

Elgin has a number of new subdivisions in the works, but Turner said he thinks “they’re probably far enough away to be recession proof, depending on how long the recession lasts.”

The current housing market differs from the one that led to the housing crash of 2008, he said. The rise in prices was then driven by speculative buying and bad loans, Turner said, while the market is now fueled by pent-up demand that will most likely stay past any recession.

Elgin Development Group director Tony Lucenko said Turner’s comments reflected what they had seen locally. Inflation has had an effect and the city’s labor market remains tight, he said.

“The new unemployment figures have just been released for September, and the rate was just 4.5%. This is the lowest since November 2019,” Lucenko said.

The Illinois Department of Employment Security said the unemployment rate in Elgin in August was 5.1% and in September was 5.5%.

“A good number of businesses have moved to Elgin from all over the world,” said Kaptain.

Yet he remains concerned about rising energy and fuel prices and the impact they are having on people’s wallets.

There are almost always external forces at play with power and fuel, Kaptain said, and these cannot be controlled locally or even nationally.

Mike Danahey is a freelance writer for The Courier-News.