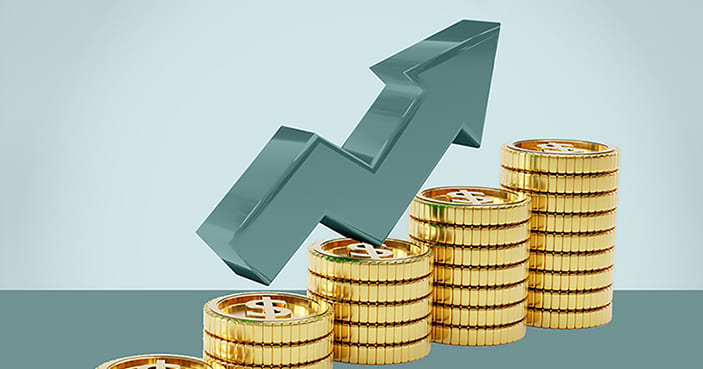 Savings rates of 3% are no longer out of reach. Here’s where you can find them

After years of earning essentially nothing on your money, it’s finally possible to see a real return in your savings account. The new interest rate to reach, or even beat, for a competitive high-yield account: 3%.

The The Fed’s repeated rate hikes put an end to a long drought of near-zero returns for savers. While the average rate is still only around 0.2% nationally, experts say it’s getting easier to find rates several times higher than that, if you’re willing to shop around for a best place to park your money.

Many large banks have crossed the 3% threshold and, with rates still rising, some are reaching 3.5% or more. BarclaysCapital One, Marcus by Goldman Sachs and Synchrony, to name a few of the larger ones, are all currently advertising 3% APYs on their High Yield Savings Accounts. Digital bank LendingClub and CIT Bank hit 3.5%, and BrioDirect (the online brand of Connecticut-based Webster Bank) tips the scales with an APY of 3.75%.

“For more than a decade, households had very little choice in terms of how their money would return, and that environment has changed for the better,” says Ken Leon, director of equity research at CFRA in New York. .

Of course, 3% or even 3.75% is still painful in some ways—you earn less than half the rate of inflation, which pinches household budgets for everyone. But get a guaranteed return of around 3% FDIC Protected Deposits without having to do anything else is a nice bonus. If you’ve saved $10,000, earning 3% means getting an extra $300 a year. “This is particularly good news for retirement households.” adds Leon.

Here are some tips for capitalizing on the new environment.

There are a few places you can look for a savings account that offers high interest and some caveats to keep in mind. Even some large national banks are now offering savings rates that would have been unthinkable a year ago.

Sites that aggregate banking offers can be a good place to start your search for a high-yield savings account. You can find the Buy Side picks for the The best savings accounts here. High APYs have become a particularly competitive calling card among pure-play digital and fintech-backed neobanks. With lower overhead costs than their physical counterparts, these companies have more leeway to offer higher rates on deposits.

Don’t overlook the websites of individual institutions, as smaller regional and community banks as well as credit unions can be good places to look for high savings rates as they look to shore up their deposits ahead of a potential economic downturn. . The way banking math works, these types of institutions have more of an incentive to compete for your money because they are more dependent on depositors’ money to fund other business operations.

The whole point of earning interest on your savings is that it’s meant to be simple – so it’s important to read the terms and conditions carefully before opening a savings account advertising a high interest rate. Getting a few extra basis points – barely a hundredth of a percentage point – to the exclusion of everything else can backfire if it also means dealing with poor customer service, a buggy website, a host of terms and conditions complex or difficult to follow. terms.

Don’t overlook CDs, I Bonds and other options

For many investors, savings accounts offer a hard-to-beat combination of flexibility and attractive interest rates. But if you’re willing to commit to saving for several months or years, you can get even better rates. APY on some CDs exceed 4%, and if you learn to build a CD scaleyou can take advantage of higher rates and still have short-term access to at least some of your money.

Meanwhile, bond yields Iissued by the Treasury Department, are guaranteed at almost 7% for the next six months, although you must commit your money for at least a year, among other restrictions.

Why rates for savers are rising

The Federal Reserve has raised rates at a rapid pace in an attempt to rein in inflation that has been at or near four-decade highs for months. This threw waves in the normally placid environment of ordinary savings accounts.

More recently, at its November meeting, the Fed raised its key rate, which had a lower range of 0% just 10 months ago, to a range of 3.75% to 4%. “This is a very, very aggressive increase in the fed funds rate in a very short period of time,” says Jamie Coxmanaging partner at Harris Financial Group.

The Federal Reserve does not directly influence what consumers earn in savings accounts. But his actions tend to ripple through the economy. When the Fed tries to dampen demand by making it more expensive for banks to access capital, they also end up paying more to borrow from ordinary savers like you. “Now depositors have options, and the whole story is really about the consumer,” says Leon.

An industry secret: Consumer deposits are particularly attractive to banks when interest rates rise because most consumers are not as quick as other depositors, such as large corporations, to jump ship as soon as that they see a higher rate elsewhere. To be fair: unless you work in a corporate finance department, it’s not your day job and moving your money around can be a hassle, especially if you use online bill payment services and automated.

Any advice, recommendations, or rankings expressed in this article are those of the WSJ’s Buy Side Editorial Team, and have not been reviewed or endorsed by our business partners.

What is ‘Head of Putin’ up to with his discussions of US interference?