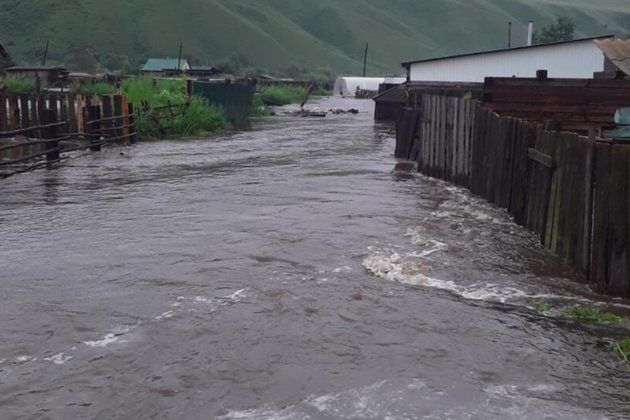 Flooding from heavy rains in Siberia caused a bridge to collapse, cutting off the Trans-Siberian Railway, the world’s longest rail line that crosses Russia from Moscow to the Pacific port city of Vladivostok.

Residents of the Chernyshevsky district in the Zabaikalye region said the collapse of the bridge occurred near the village of Nizhnyaya Kuenga after the Aleur River overflowed, flooding the town of Chernyshevsk and several neighboring villages.

Residents of several villages told RFE / RL that they were forced to leave their homes when the water level reached their knees.

“The areas near the river are all under water … The rescue teams from the Ministry of Emergency Situations have not yet been seen. But even if they were here, they couldn’t deal with the situation because too many people are affected. It is very difficult to leave the area as there is only one bridge for cars and the authorities only allow one car to cross. It looks like they are afraid that it will collapse like the railway bridge too, ”one of the neighborhood residents, Svetlana Shemyakina, told RFE / RL.

The Emergency Situations Ministry said no casualties were reported after the railway bridge collapsed, adding that the trains were diverted.