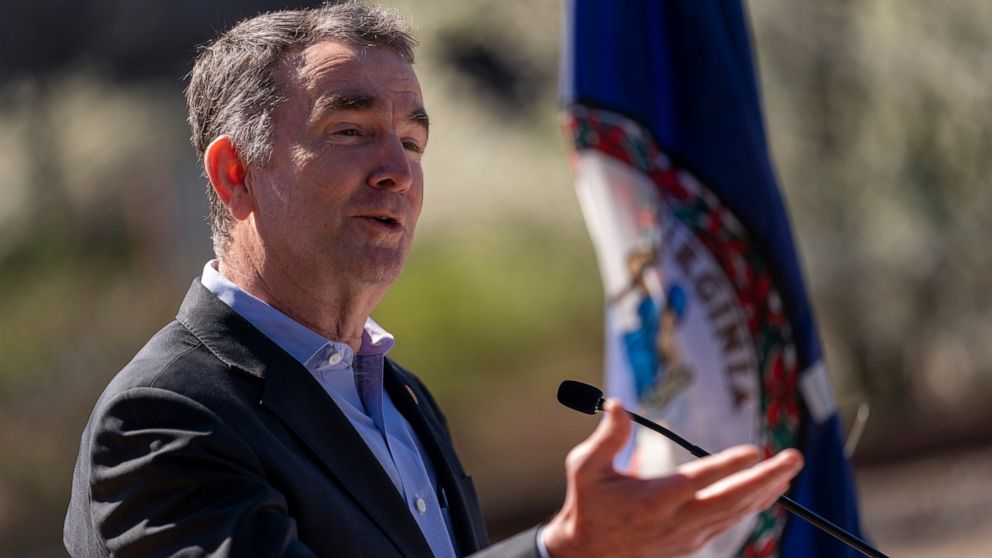 RICHMOND, Virginia – Adults in Virginia could legally own and grow small amounts of marijuana starting in July, about three years earlier than originally planned, under changes the governor proposed Wednesday to legislation passed earlier this year .

“Our Commonwealth is committed to legalizing marijuana fairly,” Democratic Governor Ralph Northam said in a press release describing the date change and other amendments he is calling for. “Virginia will become the 15th state to legalize marijuana – and these changes will ensure that we do so with a focus on public safety, public health, and social justice.”

Advocates on all sides of the issue have been eagerly awaiting for weeks to see what changes Northam would propose to the bill that approved the General Assembly in February.

The measure has been a top priority for Democrats who control the state government, who see it as a necessary step to end the disparate treatment of people of color under current marijuana laws. But lawmakers struggled to reach agreement during the session, passing a bill that almost no one seemed fully satisfied with. He wouldn’t have legalized marijuana until 2024, which racial justice advocates said was far too long to wait.

“This significant change to the legislation recently passed by the General Assembly will allow the Commonwealth to begin addressing the tragic consequences of communities of color being over-policed ​​in the failure of the war on drugs. Marijuana laws are more severely enforced in black and brown communities, and we cannot risk more people being caught in the system for acting in a way that will soon be legal, ”the coalition said in a statement. communicated.

Northam’s office said its decision to speed up legalization was prompted by a state study last year that found black Virginians were disproportionately watched and convicted of using marijuana, and by state court data which shows the trend has continued even since lawmakers decriminalized marijuana last year. .

Discussions with legislators went to the end; Wednesday was Northam’s deadline to take action on the legislation.

His office issued a press release filled with favorable remarks from legislative heads of both houses and two Republicans, signaling that his proposed changes have the votes to become law once lawmakers meet in April.

“I am grateful to advocates and lawmakers for their dedicated work on this important issue, and look forward to this legislation being passed next month,” Northam said.

The governor’s amendments would allow adults 21 and over to legally possess up to one ounce (28.3 grams) of cannabis without intention of distributing as of July 1. They would also allow home cultivation of up to four plants per household from July 1.

Not all lawmakers support legislation. Democratic Senator Chap Petersen voted against the bill and remains skeptical, despite Northam’s amendments.

“I don’t have a problem with decriminalizing or even legalizing small amounts of marijuana for adult use, but I’m not a fan of building a marijuana industry in this state, which seems be the goal of legislation, ”he said. noted.

It will be years before legal retail sales follow. The bill, hundreds of pages long, outlines the complex process of creating a new state agency to oversee the marijuana market, with sales beginning and regulations taking effect on January 1. 2024.

The bill as passed also calls for 30% of marijuana tax revenue – after program costs – to be spent on a cannabis equity reinvestment fund. The money would be used to help communities that have been historically over-policed ​​for marijuana-related crimes, with funds earmarked for scholarships, workforce development and job placement services. , and low or no interest loans for qualified cannabis companies.

Some racial equity advocates have said 30% is not enough. Members of the Cannabis Equity Coalition of Virginia have said they will lobby lawmakers to increase the amount of money for the reinvestment fund to 70% of tax revenue.

“There is so much to do – the damage is enormous,” said Marty Jewell, spokesperson for the coalition.

During the legislative session, the Senate sought to legalize simple possession starting in July, but House Democrats argued that legalizing without a legal marijuana market could help the growth of the black market.

Northam said on Wednesday he was seeking two related budget amendments, one to increase funding for a public awareness campaign and the other to help law enforcement officials recognize and prevent driving under the effect of the drug. It also seeks to add protections for workers and to speed up the sealing of files and write-offs.

One would allow the new Cannabis Control Authority “to revoke a company’s business license if it interferes with union organizing efforts, does not pay the current salary as defined by the United States Department of Labor, or classifies more than ten percent of employees as independent contractors, ”according to a description provided by his office.

The full text of the proposed amendments was not immediately available.

The other amendment “would allow the erasing and sealing of criminal records on marijuana to begin as soon as state agencies are able to do so, and simplify the criteria for sealing the records,” his office said.

The city councilor’s passion for serving others brought him home