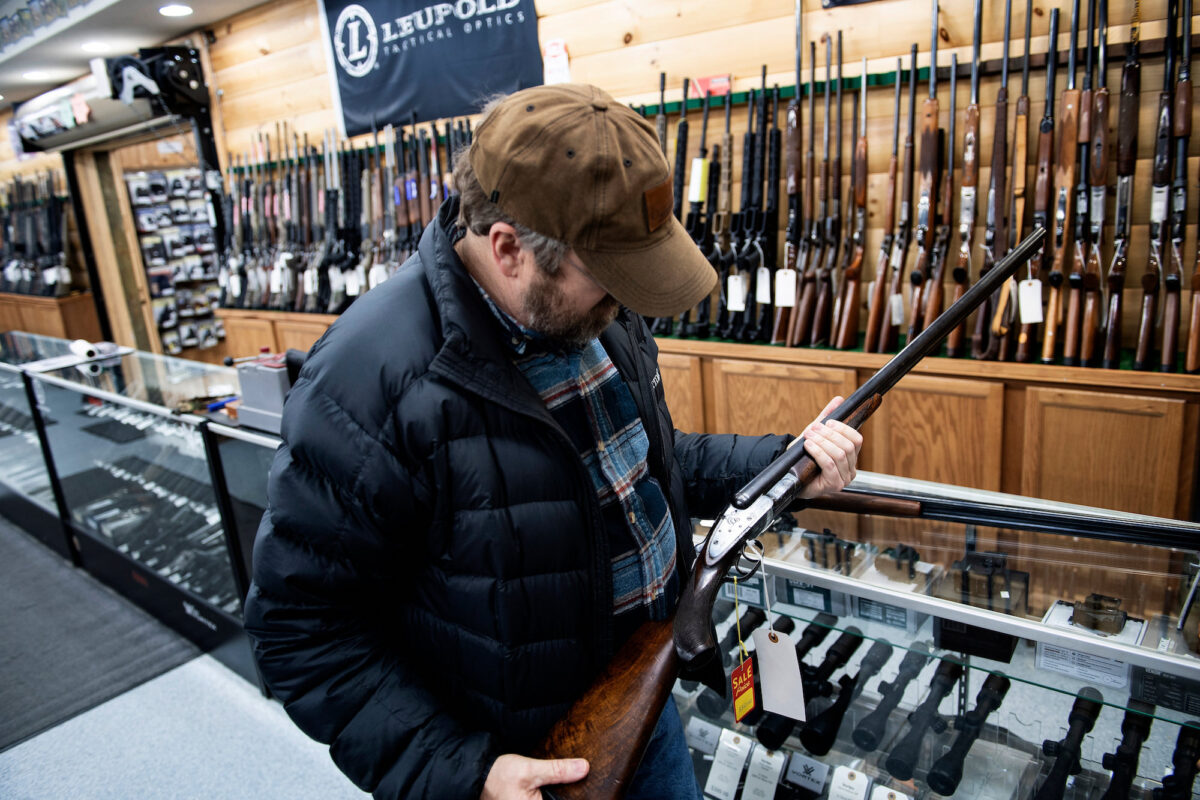 Of all the companies leaving blue states, those in the firearms industry are leading the pack.

Renowned gun manufacturers, some of whom have operated in the northern states for centuries, are now heading south. Remington, founded in 1816 and America’s oldest gunmaker, announced in November that it was moving its headquarters from New York to Georgia.

Announcing the move, which will include a $100 million investment in a state-of-the-art manufacturing facility and create 856 new jobs, Remington CEO Ken D’Arcy said, “The decision to locate in Georgia is very simple. The state of Georgia isn’t just a business-friendly state, it’s a gun-friendly state.

Dark Storm Industries, a firearms manufacturer and retailer, is also leaving New York. They will move to Titusville, Florida, where they have begun construction of a new manufacturing facility, creating up to 75 jobs in Florida.

“If you’re in the gun industry and you have the opportunity to move to Florida, you realize that’s where you want to be,” said Kevin Elder, director of communications for Dark Star. , to The Epoch Times. When the company asked its employees if they would consider moving south, they didn’t hesitate, Elder said, “they were ready to go.”

Dark Star was founded to manufacture firearms that complied with New York’s strict regulations, “but they keep adding more and more restrictions and hurdles to jump through,” Elder said. “Our clientele is very friendly, and our community, and we try to give back as much as we can. We do a lot of charity work and local law enforcement loves us. But as far as the state itself, they don’t want that stuff here.

Elder said Dark Star’s problems in New York go beyond state regulations to also include banks and payment companies. “We had to change the credit card processors,” as well as the company’s bank, he said, because they refused service to gun companies, despite their strong creditworthiness.

Tennessee was another popular destination, attracting Smith & Wesson in September and Troy Industries last May, both of Massachusetts. Even before the announcement of these moves, Tennessee was already home to more than 20 firearms manufacturing companies.

Smith & Wesson’s move to Maryville, Tennessee will involve an investment of $125 million and create 750 new jobs. Among the many reasons cited by CEO Mark Smith are new laws proposed by the Massachusetts Democratic-led legislature banning the sale, possession and manufacture of “assault weapons” and “large capacity magazines” in civilian use. Smith noted that these products accounted for 60% of his company’s revenue.

Steve Troy, CEO of Troy Industries, also cited the “changing climate for firearms manufacturers” in Massachusetts, which “determined the need for our relocation to Tennessee.” Troy Industries will invest $7 million in Clarksville, Tennessee, creating 75 jobs.

The gun industry’s migration is part of a broader move by American companies to escape high-tax, high-regulation states like California, New York, Illinois and New Jersey. But gunmakers are in particular pressure to leave these states in response to new laws and regulations seemingly designed to drive them out.

What all destination states have in common is that “they respect the contributions these companies make to state economies,” Mark Oliva, chief executive of the National Shooting Sports Foundation, told The Epoch Times. “And they respect the Second Amendment rights of consumers who buy these guns.”

The firearms industry is a growing business. “Our last economic impact report showed we’ve grown 270% since 2008,” Oliva said, “and it’s an industry that continues to grow every year.” About 20 million firearms were purchased in 2021, the second highest year on record after 2020, when nearly 22 million were sold. Gun owners are an increasingly diverse group, with women and minorities making up the fastest growing percentage of new gun owners.

American small arms manufacturers also supply the police and the army. According to the Buy America Act of 1933, the federal government must buy from American companies whenever possible. This prompted many foreign arms manufacturers, including the Austrian Glock, the Italian Beretta and the Czech CZG, to set up shop in the United States. Beretta originally set up manufacturing in Maryland, but moved to Tennessee in 2016. Glock manufactures in Smyrna, Georgia, and CZG bought Colt Manufacturing in 2021, giving it production facilities in the United States and Canada.

However, efforts to bankrupt the gun industry continue, both at the federal and state levels. Last June, New York State passed a law making it easier for the state and its residents to sue gun manufacturers for injuries caused by the guns they make. New Jersey and California are considering similar legislation, and in February grieving parents of elementary school children who were shot in the 2012 Sandy Hook massacre successfully sued Remington, the maker of the gun used in that tragedy. , on the grounds that it was commercialized. improperly under a Connecticut consumer protection law.

President Joe Biden has called for a nationwide ban on semi-automatic rifles and magazines with more than 10 rounds, spoken out against the use of 9mm ammunition and demanded the repeal of the 2005 the Lawful Arms Trade Protection, which protects the firearms industry from prosecution for the “criminal or unlawful misuse” of firearms. Biden claimed, incorrectly, in April 2021 that “the only industry in America, a billion dollar industry, that cannot be sued, exempt from being sued, are the gun makers.”

“President Biden stood on the campaign stage during one of the early debates and declared that gun manufacturers are the enemy; not an adversary, not an adversary, an enemy. Olivia said. “It’s compelling when our Commander-in-Chief sees the industry that provides the means to protect our nation, protect our communities and protect us, as the enemy.”

Kevin Stocklin is a writer, film producer and former investment banker. He wrote and produced “We All Fall Down: The American Mortgage Crisis”, a 2008 documentary about the collapse of the American mortgage financing system.